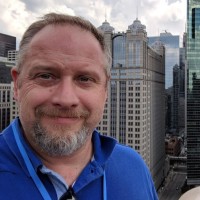 Smartphone prices are unequivocally too high. Top flagships can set you back in excess of $1,500, and some have even crossed the $2,000 mark. Those prices easily surpass the cost of some mid-range laptops, and even 4K TVs with screens in the 75-inch range.

Just five years ago phones were far more affordable. Prices were closer to $600 or $700. This leads us to ask, whatâ€™s behind the unrelenting surge in handset costs, and will consumers continue to fork over big bucks smartphones?

Thereâ€™s more to the answer than you might think.

How did we get here? Letâ€™s jump back to the original too-expensive smartphone, the first iPhone. At the time, $599 was an outrageous price for a phone, so much so, in fact, that then-Microsoft CEO Steve Ballmer called out Appleâ€™s insanity.

â€œThereâ€™s no chance that the iPhone is going to get any significant market share. No chance,â€� said Ballmer in a 2007 interview with USA Today. â€œ[Apple] may make a lot of money. But if you actually take a look at the 1.3 billion phones that get sold, Iâ€™d prefer to have our software in 60% or 70% or 80% of them, than I would to have 2% or 3%, which is what Apple might get.â€�

But people did buy the iPhone â€” and we all know how that worked out for Microsoft (and RIM, and Palm, and Nokia.) The Apple iPhone now sells for as much as $1,600 if you opt for the highest storage configurations. The company, however, raised prices slowly. Once it started making two of each model with the iPhone 6 (small one, large one), it was able to push the price of the large model upward. As it added more features so too did it add to the cost. Apple wasnâ€™t alone.

Look at Google. The Nexus One may have launched the Nexus program at $529, but Google backpedaled with the Nexus S, Galaxy Nexus, and Nexus 4, which sold for about $350. It wasnâ€™t until the Nexus 6 that Google started raising prices, jumping to the $649 tier. The current Pixel 4 XL costs $999. Thatâ€™s not as high as Appleâ€™s price tags, but itâ€™s still high.

Samsung followed suit, as the cost of its Galaxy S series climbed ever upward. Now, the Samsung Galaxy S20 Ultra goes for as much as $1,599, while the Galaxy Fold goes for an eye-watering $1,980.

Why are smartphone prices so high? Hint: The hardware â€œThe smartphone market has saturated and consumers are holding on to their phones longer, so manufacturers are trying to get more out of each sale that they get,â€� said Avi Greengart, President, Lead Analyst, Techsponential. â€œWhile this is opportunistic, it also reflects consumer demand: a smartphone is an important long term investment that is used more often and for more things today than just a few years ago. It helps that in wealthy markets like the U.S., carriers spread the cost out over as much as three years with no interest.â€�

There has been some pushback. Greengart points out that phone makers have responded to $1,600 phones with excellent $800 phones. OnePlus is a prime example of a player in this space. Itâ€™s worth noting that the best-selling phones from Apple, Samsung, and others arenâ€™t their highest-cost offerings, but are instead the more affordable fare such as the Apple iPhone 11 and Samsung Galaxy A50.

You get what you pay for. Yes, we’re talking about the actual hardware of today’s phones

But â€” and this is a big but â€” you get what you pay for. Yes, weâ€™re talking about the actual hardware of todayâ€™s phones.

â€œScreens are markedly larger and better than they were just a few years ago, are covered with more shatter-resistant glass, and are installed in cases with tighter tolerances and minimal bezels,â€� said Greengart. â€œThe batteries are bigger. Storage sizes have increased dramatically. The silicon has grown to include application processors that rival laptops in performance, more memory, and powerful chips for graphics and AI. Phones have more antennas to work on more networks around the world, and often have a half dozen cameras along with depth sensors and components for biometrics and security. The most expensive phones have new technologies like foldable displays and hinges, ultra wide-band modems, periscope zoom mechanisms, sonar or LiDAR, or mmWave 5G modems and radio frequency processing.â€�

In other words: It all adds up.

Itâ€™s not all about the parts

Thereâ€™s another factor to weigh here: software. True, Google gives Android away at no cost, but that doesnâ€™t mean phone makers get away scot-free. Consider Samsung. It puts tons of work into One UI. Similarly, Huawei invests in EMUI, as do LG, Motorola, Sony, Xiaomi, and every other OEM in their own launchers and apps.

And then there are service offerings such as Siri, Google Assistant, and Bixby.

â€œIf you think about artificial intelligence as an example, and the different ways it comes up in a device and the cost you face from a data center side,â€� pointed out Carolina Milanesi, technology analyst. â€œClearly not every vendor has its own, but I would think it has impacted license fees. Royalties might be another area where we would have seen an increase.â€�

Hardware vendors are not about to eat the costs of developing software and hosting data.

Hardware vendors are not about to eat these costs. Surely they are passing them along to consumers in some form.

Milanesi perhaps put it best when she concluded, â€œHaving a kitchen â€˜syncâ€™ in your hand will cost you.â€�

Will we see any reprieve?

Itâ€™s hard to imagine that smartphone prices will come down. Instead, expect the top-tier flagships to continue to push the envelope, both in terms of whatâ€™s on board each handset as well as what the phone maker charges for it.

Those who cannot afford the $50-per-month payments for $1,200 phones will simply have to resign themselves to the â€œflagship killersâ€� populating the $600 â€“ $900 space. The good news is that thereâ€™s no shortage of options there. Phone makers such as OnePlus, LG, Xiaomi and even Motorola and Nokia, have churned out solid devices that are every bit as worthy of your dollar as is the top-of-the-line Samsung Galaxy Note.